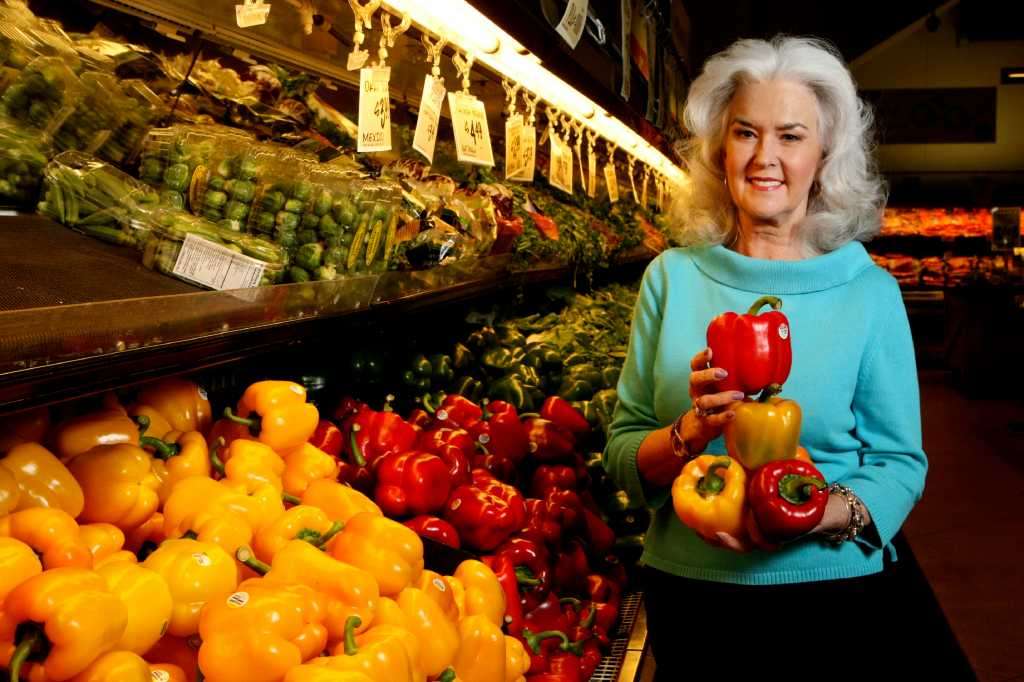 When I asked Heloise to talk with me about her vegetarian lifestyle, I assume she’ll want to meet at one of San Antonio’s few vegetarian restaurants or at least at a veggie-friendly place.

Instead, she suggests lunch at a downtown steakhouse.

There she could share hints about eating meat-free in the center of the barbecue and Tex-Mex universe.

Before carving meat from her diet in 1973 — not long before she took over her mother’s “Hints From Heloise” column, providing creative uses for baking soda and vinegar — Heloise would have dived into the meaty entrées on the menu at the Bar at Bohanan’s on Houston Street.

“I was a Texas girl,” says Heloise, 60, who was born in Waco and has lived in San Antonio since 1966. “Give me a 16-ounce steak, a baked potato with sour cream and forget the salad.”

Now, Heloise, whose full name is Poncé Kiah Marchelle Heloise Cruse Evans, bypasses the Frito pie and short ribs on the menu. Instead, she chooses a salad and half a Caprese sandwich made with Roma tomatoes, buffalo mozzarella, and extra-virgin olive oil. She adds an order of fries to share.

I figure the Reuben and BLT are off-limits, but she points out she could order them without the meat. 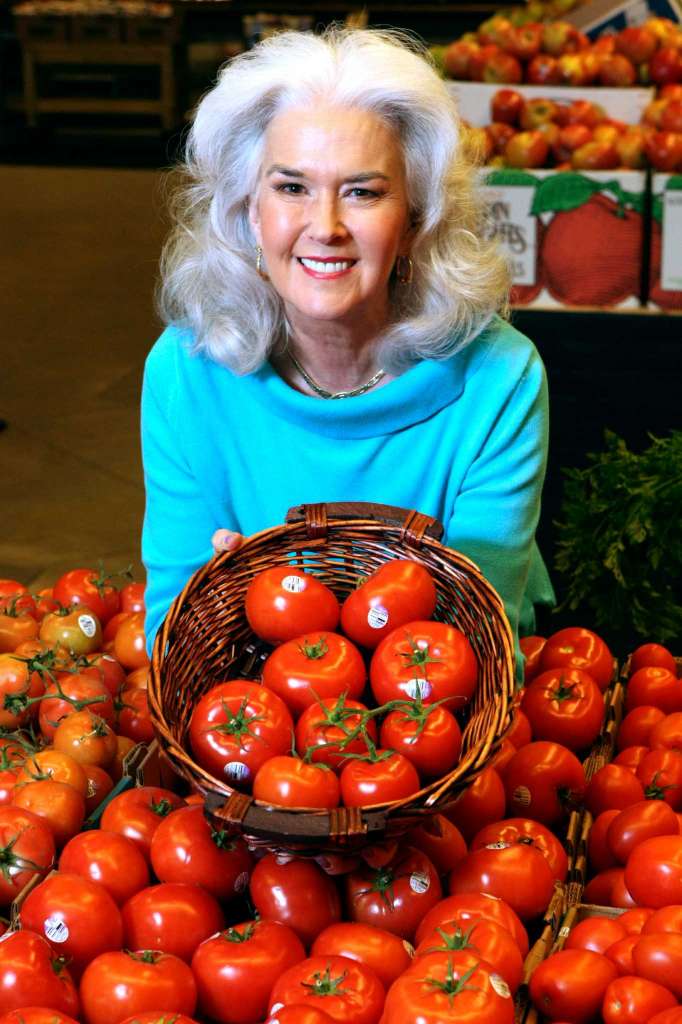 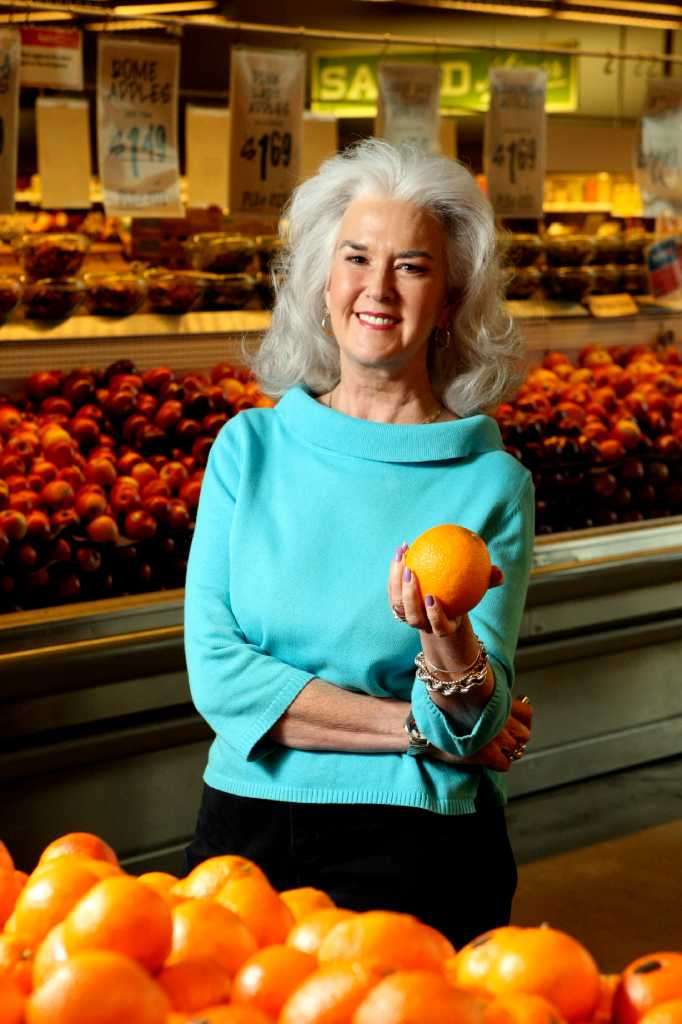 Trying to avoid that sort of thing, she ended up subsisting on cucumbers, potatoes, bread, cheese, cabbage, and caviar.

When she got back home, she found herself gradually eating less meat.

“It wasn’t intentional at the beginning,” she says. “I didn’t order the steak. I ate a few hamburgers and it just didn’t sit right.”

She began reading about vegetarianism in Frances Moore Lappé’s 1971 bestseller “Diet for a Small Planet.”

“My mother was Heloise,” she says. “If you’re going to do something, you do the research.”

Truly her mother’s daughter, she found creative ways to problem-solve.

“I can eat anywhere and eat healthily,” she says.

She began ordering the famous burger at the now-defunct Little Hipps sans burger. At first, she was greeted with raised eyebrows, but over time the staff got used to it.

She learned to quiz waiters on possible substitutions and swaps: Can I get charro beans instead of refried? Can I get this entrée with that side?

“If it’s a good restaurant, they don’t blink an eye,” she says. “Most restaurants will do their best to make the customer happy.”

She also orders two or three appetizers or sides instead of an entrée.

“Many times appetizers alone are delicious and, depending on your diet, they’re enough, portion-wise,” she says.

Another hint: Don’t be afraid to go off-menu. Many Chinese restaurants often have tofu available even if it’s not listed. 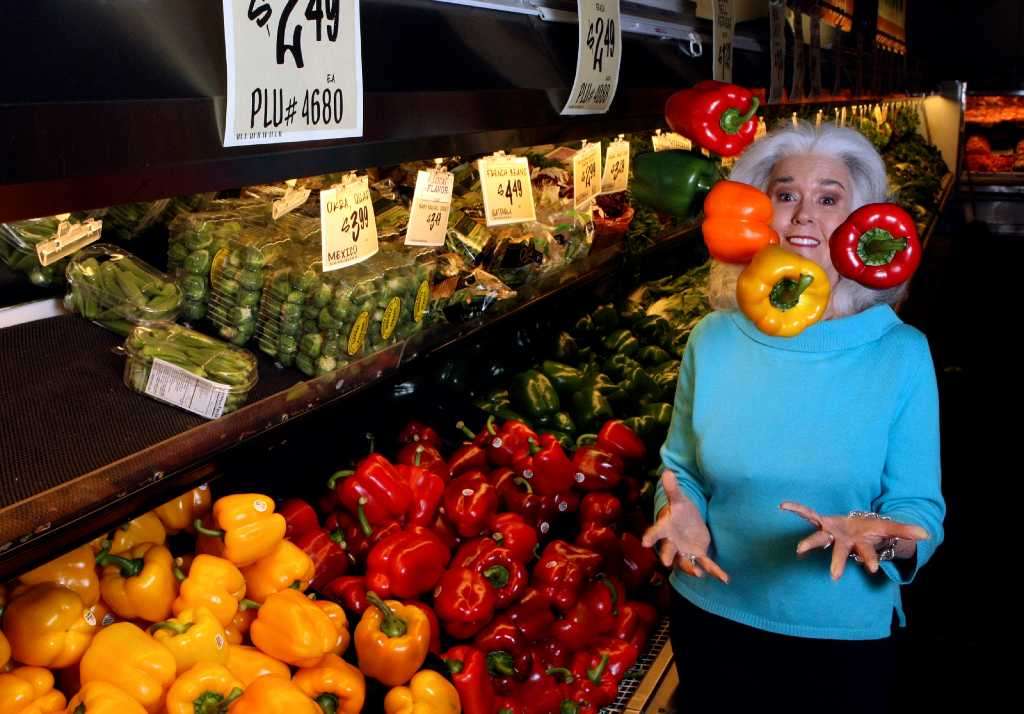 It’s easier to be a vegetarian now than it was 30 years ago, Heloise says. Restaurants offer more options for non-carnivores. Many burger places serve veggie patties. Vegetarian meals are available on airplanes. Even airports have more varied options.

For someone who travels as extensively as Heloise, that’s a big deal.

“Twenty years ago, getting food in an airport was like going on a safari,” she says. “There basically was no healthy food. Now in almost every major airport, you can get a fresh salad, you can get a veggie sandwich, they have fruit cups, portable food you can take with you.”

She sticks to a mostly vegetarian diet — she’ll eat some seafood — partly out of habit, partly to keep her weight down and partly for health reasons: Her mother died at 58 of heart disease.

A lover of Mexican food, Heloise indulges in cheese enchiladas and nachos occasionally, but in general, she finds ways to keep calories and fat down without sacrificing taste. At Mexican restaurants, she suggests, ask for corn tortillas to tear up and eat with salsa instead of chips.

At home, she likes to make a snack she learned about in Mexico: a plate of chilled raw cucumber, carrots, celery, and jicama sprinkled with fresh lime juice and pico de gallo con límon.

She also likes seasoning cucumbers with salt, lots of pepper and — you guessed it — vinegar, either red wine or malt.

Heloise’s hints for fruits and vegetables

Store potatoes in a cool, dry place, not in the refrigerator. Keep out of the light as it causes green discoloration. Plastic perforated or paper bags are best for storage.

Freeze avocados if you have too many. Puree them before freezing. Frozen avocados can be stored for up to six months.

Purchase fruit in various stages of ripeness, to always have fresh fruit on hand. For example, purchase a few bananas that are ready to eat and a few green bananas that will ripen in a few days.

Don’t store peaches in the refrigerator until they are completely ripened, because refrigeration stops the ripening process. Once ripened, store them away from vegetables in the fridge. Store them in a bowl lined with paper towels or on the counter with stems up.

Don’t store tomatoes in the fridge, which can change the texture and taste and stop the ripening process. Keep tomatoes out of direct sunlight unless you want them to ripen quickly.

Don’t wash fruits or vegetables with soap or bleach. They can absorb any “washing” solution. Wash with only cool water while gently rubbing with your hands or gently scrubbing with a veggie brush as recommended by the Food and Drug Administration.